In Pursuit of a New Vershire Town Garage

Vershire’s current town garage was built in 1969 on the bank of a headwater tributary of the Ompompanoosuc River.  It has seen over 50 years of continual service.

Over the years, as the needs of the town roads increased, the sizes and types of necessary equipment have also grown.  The current town garage is small, with two bays, and only a 30 x 60 dimension – it just cannot house the equipment required to run a modern highway maintenance operation. Because it is so small, the health and safety of the highway crew working inside the building on the trucks and other equipment is ever at risk.  There is no potable water source, nor does it have a septic system, or a separate office space.  The insulation in the walls has failed and the floors are cracked, dropping away from the walls.  The floor under the bay doors is so cracked and uneven, the doors are unable to seal tightly against the cold of our New England winters.

The existing garage is sandwiched on a narrow lot between the town road and the edge of the embankment with no room for expansion.  Built on the edge of a stream, the building was very nearly a casualty of the flooding during Tropical Storm Irene in 2011.  That storm undermined the building’s location on the streambank and, in the storm’s aftermath, the bank had to be rebuilt and fortified with riprap to hold it in place.  That was ten years ago and the bank is slowly subsiding.

Discussion of a replacement dates back over 20 years, with several failed attempts to purchase property. In 2010, after having an energy audit, the cost of retrofitting the existing building was determined (at that time) to be more expensive than the building of a new garage and so a search for suitable, buildable land was renewed. In 2011, the town closed on a piece of property on which it hoped to build a garage.  The Selectboard met with the then head of the Vermont Agency of Natural Resources, and before the purchase ANR staff said it could be built on that site with little trouble.  However, after the purchase and a further review, coupled with state rule changes in the wake of Tropical Storm Irene, a critical part of the property was reclassified as protected wetland (although it was a hayfield and had been in agriculture for years).  There was not enough space with the wetland for a municipal highway facility to be built.  The search was  for a more suitable property began anew.  Over the years, there were several other attempts to close on other pieces but these left the market before we could muster the blessing of the townspeople.   After many years and numerous attempts to purchase a suitable building site, the town closed on an 11.25 acre property in 2019.  The Town now has the space on which to construct a modern maintenance facility with room for expansion in the future.

The planned project is for a 50 x 100, four bay building, with a modern storm water control system, a potable well, full septic, with modern lighting.  It will be built with energy efficient systems and equipment, radiant floor heat, internet access and with enough room for future on site expansion.  In 2019, the town hired the Civil Engineering Firm of Krebs & Lansing, out of Colchester, Vermont, to develop a site plan for the garage property.   Also in 2019 and 2020, Arrowwood Environmental performed the state required wetlands delineation survey of the property (this is shown on the civil engineering site plan, as well).  Existing conditions on the property had already impacted the edge of a small wetland and though our new construction will not remedy the impacts, it will not greatly enlarge that impact either.  Throughout 2019 and into 2020, the town had meetings with Arrowwood, Julie Follansbee of the Vermont ANR, Wetlands Division, and Greg Dixson, our civil engineer from Krebs & Lansing to review and develop the town site plans.  In 2020, the town hired M&S Soils to perform a required geotechnical study to verify the condition and variation of the onsite soils, making certain it would be safe to build on the site.  With the help of Krebs & Lansing, the town has finished the permit approval process for both its stormwater and wetland permits.  All permits are approved and in hand.

The town is working with Coe & Coe Architecture for its final building design.  Coe & Coe designed a town garage for the Town of Glover, Vermont, in 2015.  The Selectboard and Garage Committee visited the Glover facility in early 2020, and found the design would suit us well.  Our final building design will be similar to the one built in Glover.

In addition, the State of Vermont is strongly recommending that all towns work toward creating covered storage for their sand and salt. These covered sheds have the obvious benefits of preventing erosion and runoff of this expensive sand, and preventing the waste and hazard of frozen sand piles in winter. The new site will readily accommodate this additional structure, and a preliminary design is in hand. By moving the entire operation to higher ground the town gains more room and operational advantage, giving the road crew a better location from which to operate.

The Town has already raised over $200,000 in past years to support the land acquisition and the planning and permitting process to date.  The critical permits are in hand, the design is largely known, and the needed geotechnical survey is complete. The project is ready to build. 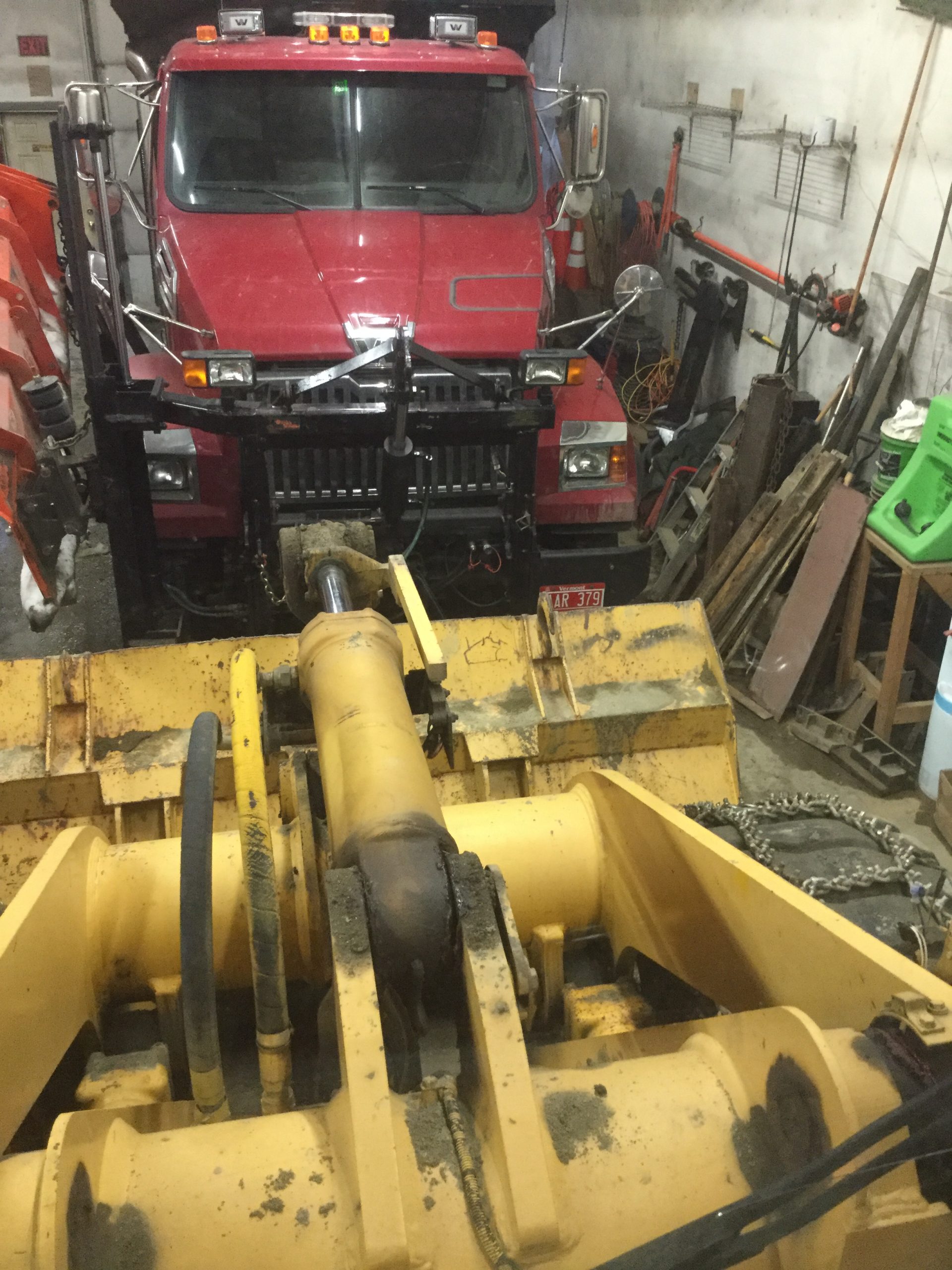 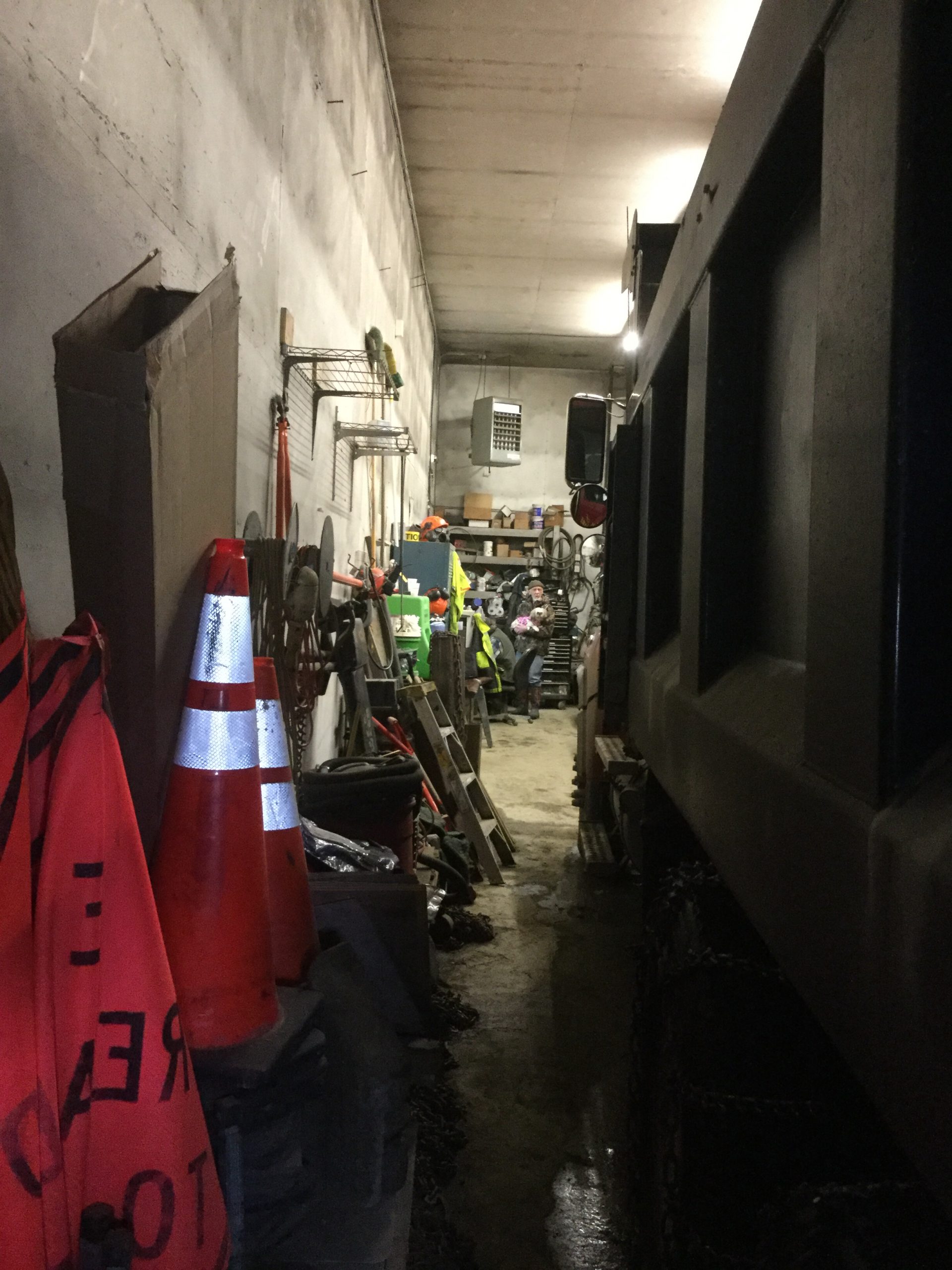 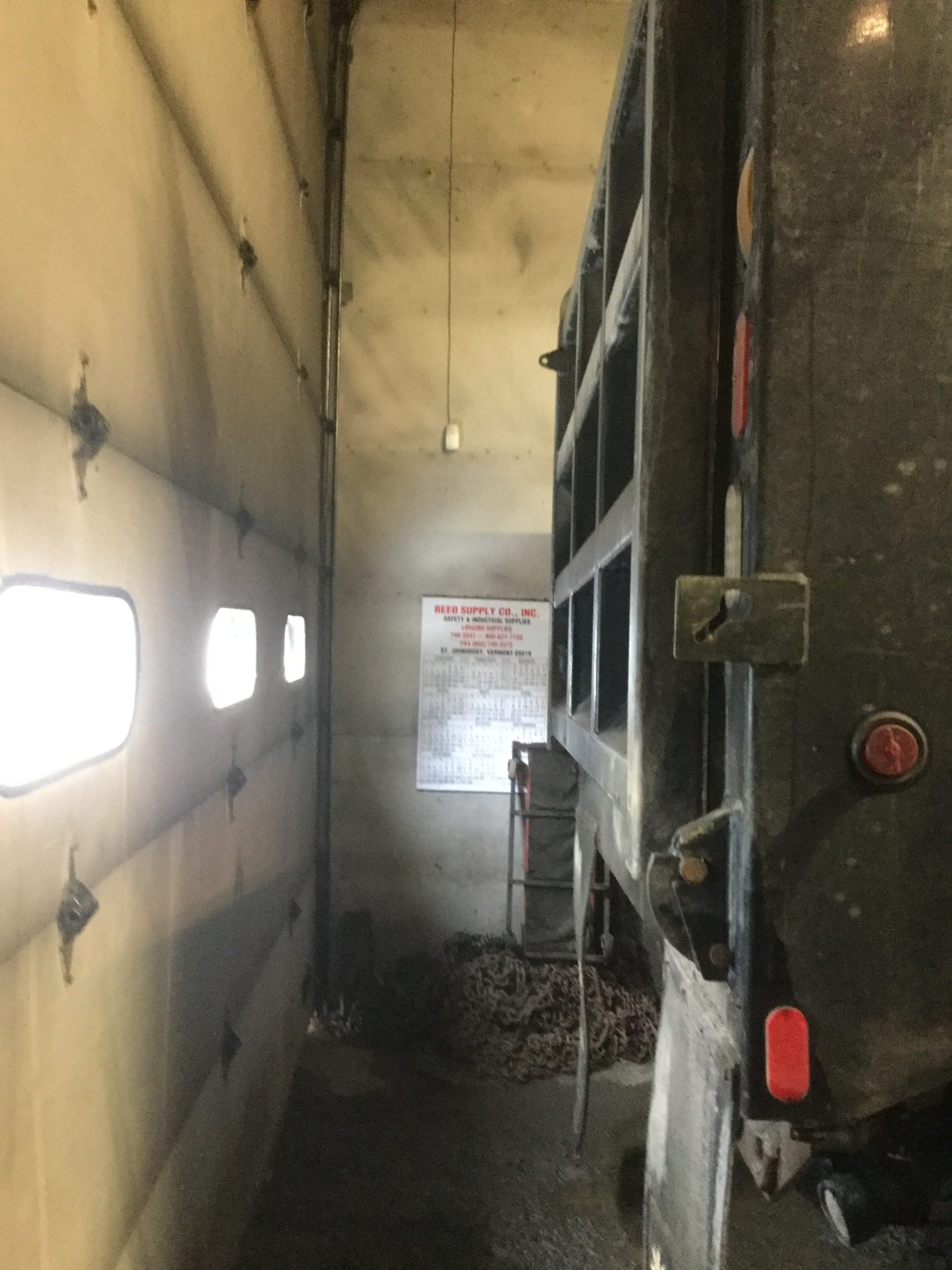 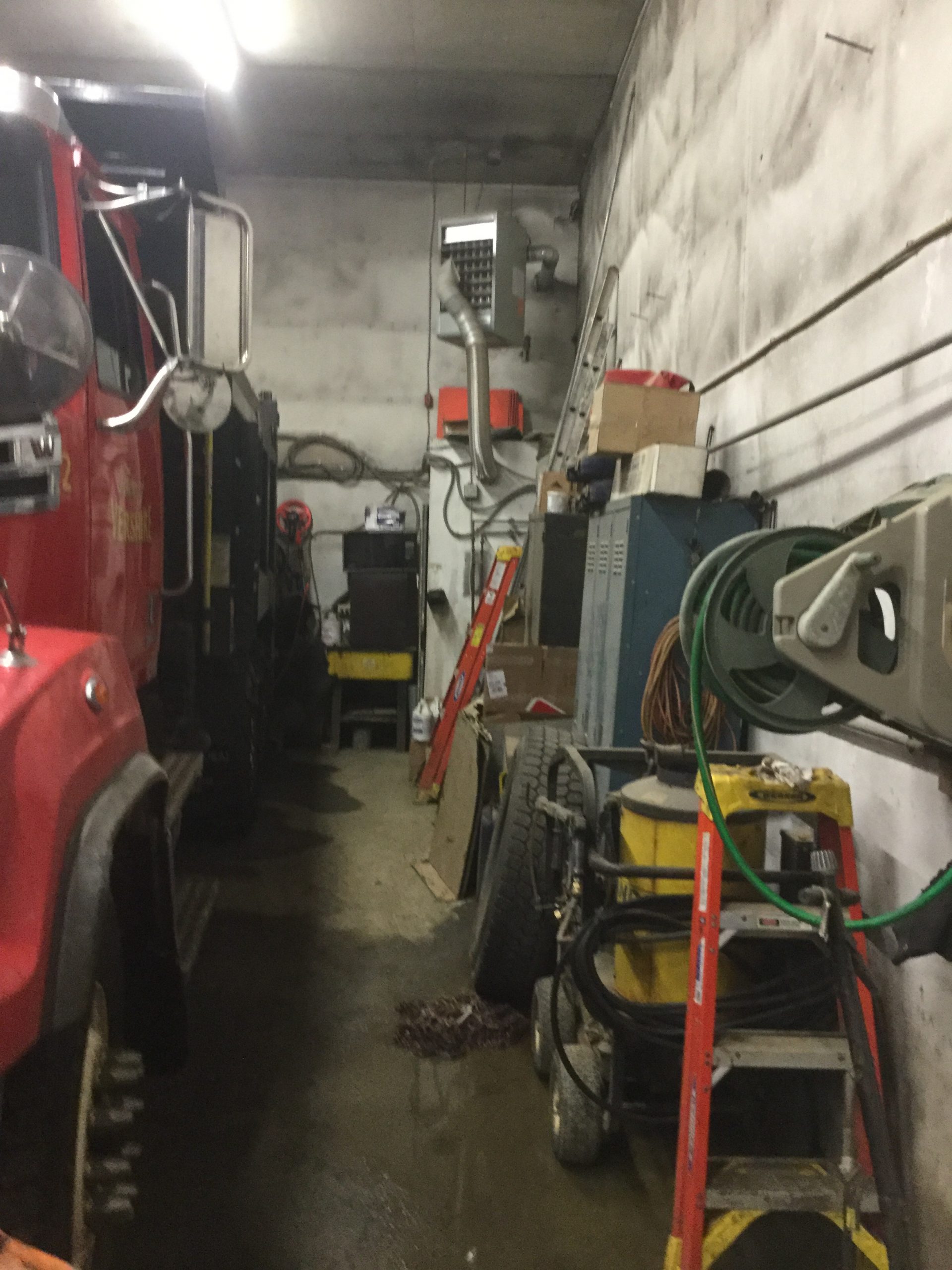 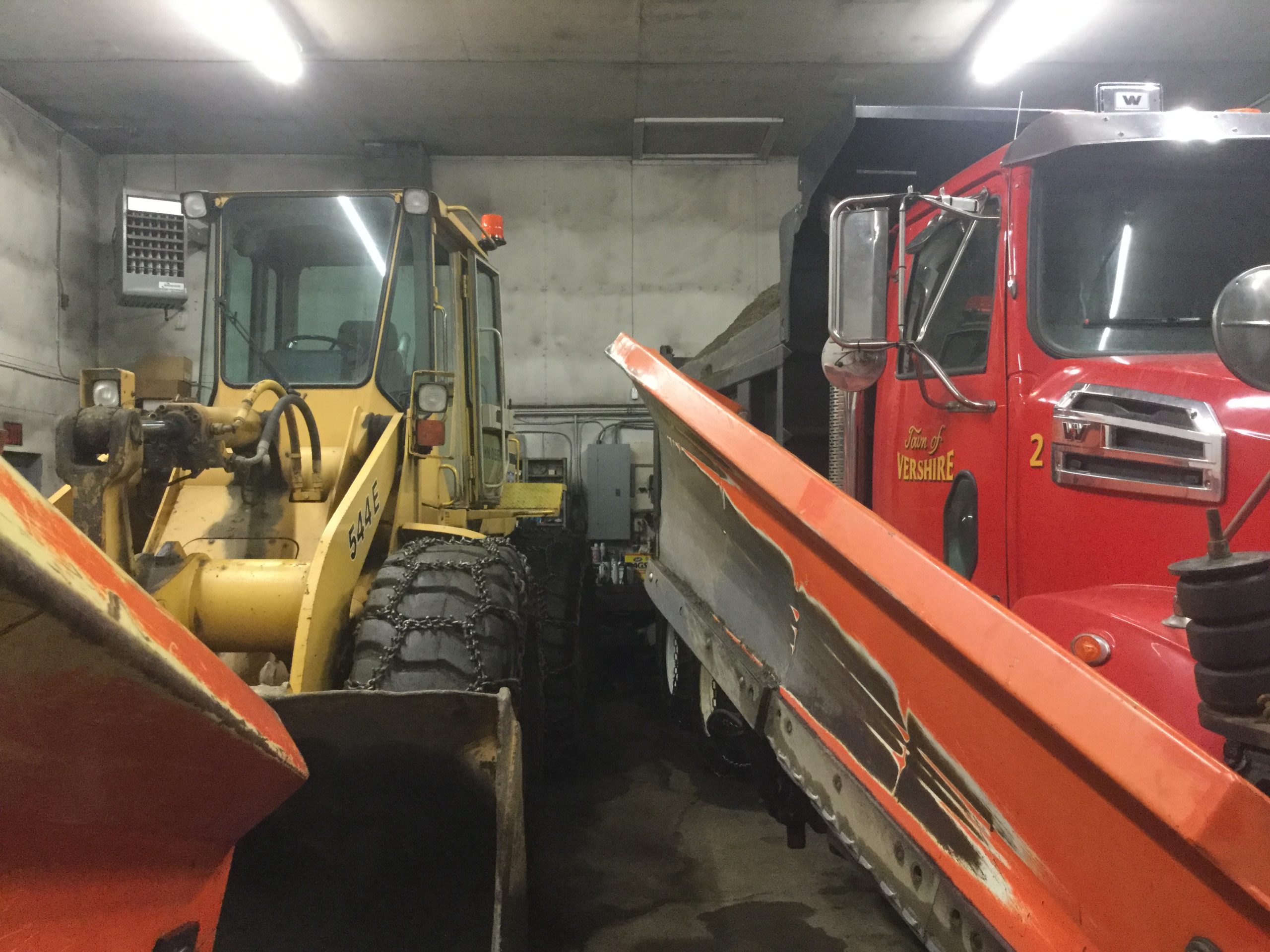 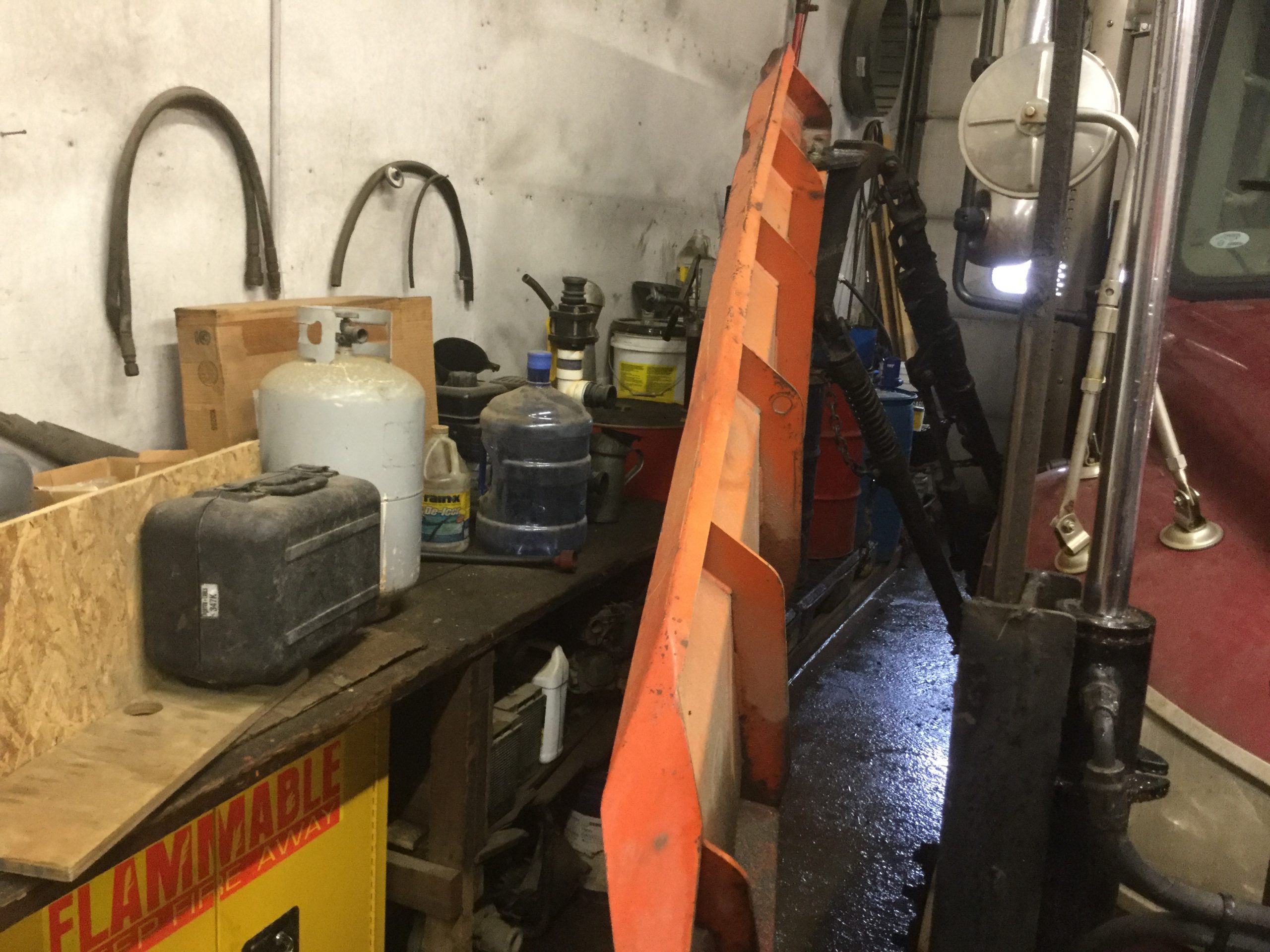 Below are a number of documents the Vershire Selectboard and the Vershire Town Garage Committee, in conjunction with the engineering firm, Krebs and Lansing and the architectural firm Coe and Coe have been developing.  In the following documents you will see that 2020-2022 were actually a very number of years and a lot has been accomplished to move this project forward. 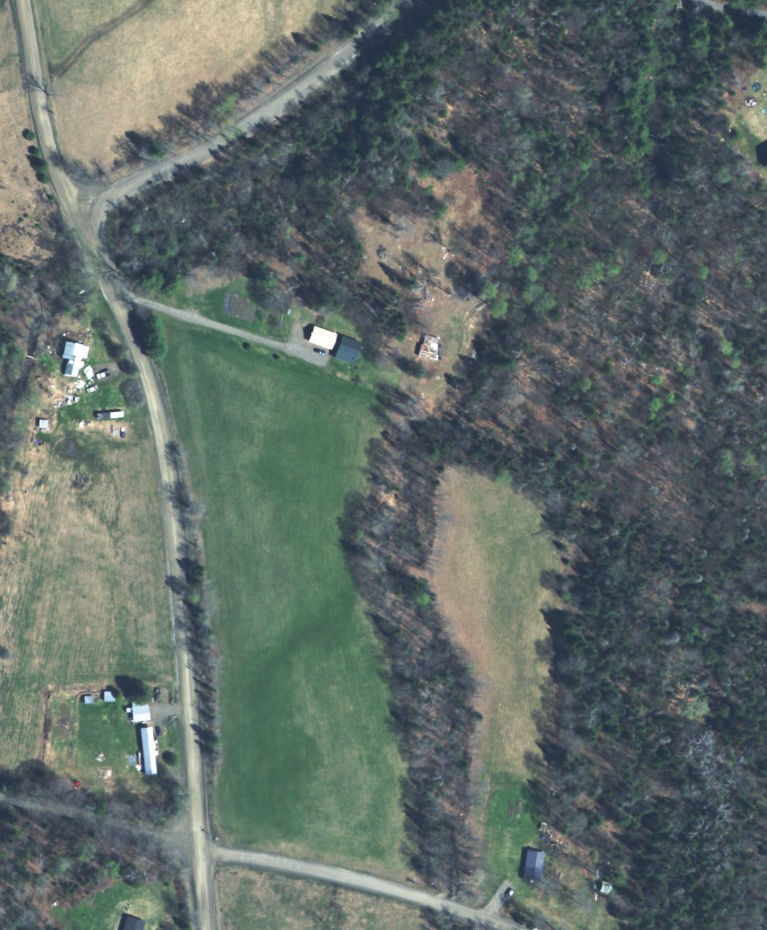 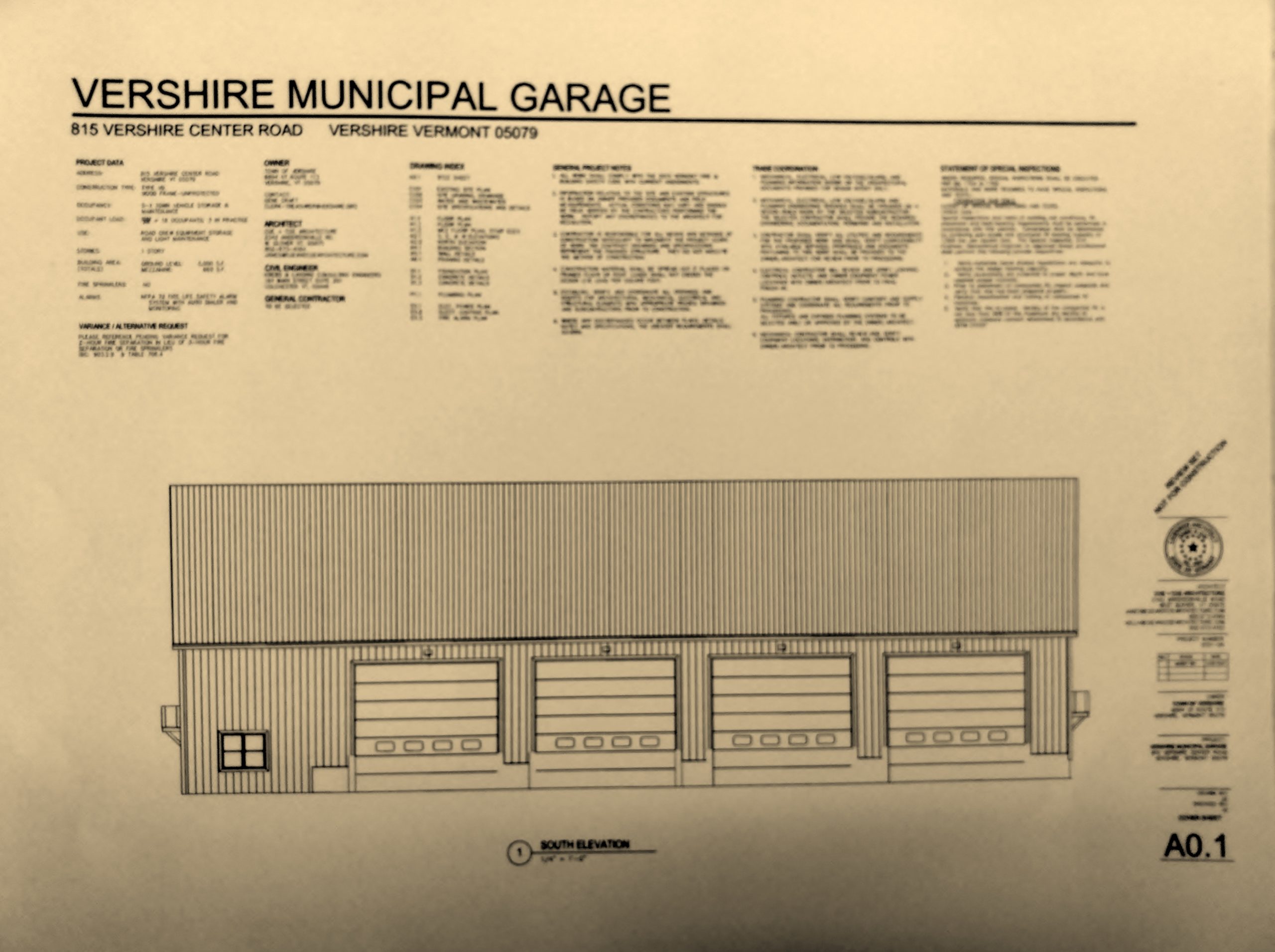 Here are the updated garage plans that are being developed for the town by the architectural firm, Coe and Coe.  Coe and Coe designed the Town of Glover’s garage a few years ago.  Follow the link to view these documents. 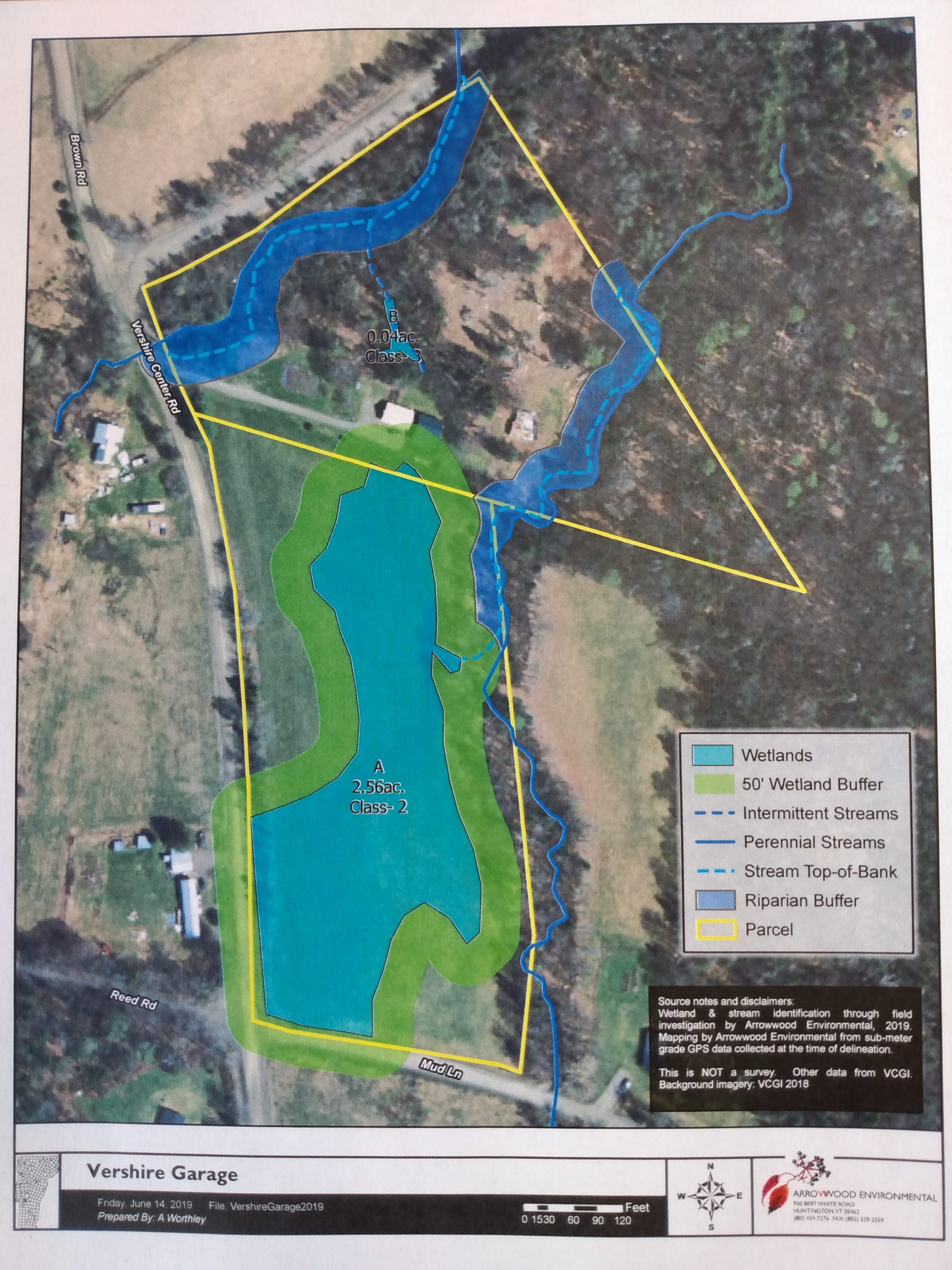 Wetland permit issued to the town on May 5, 2021.  Follow the link to view this document. 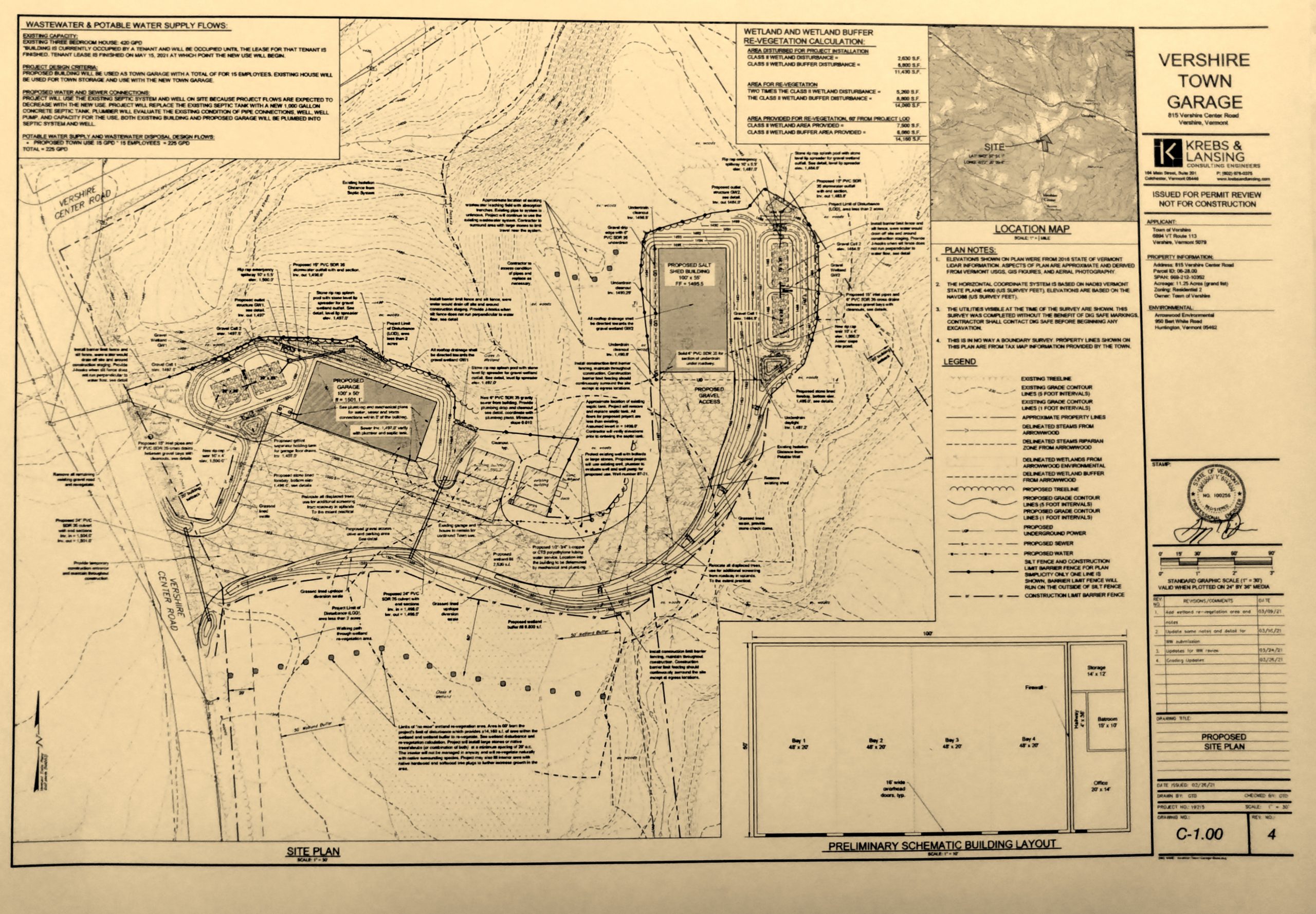 Here are the final site drawings that were developed by the engineering firm, Krebs & Lansing.  These plans will be used for the layout of the site and were submitted to the Vermont ANR with our Wetland Impact Permit  Application.  Follow the link to view these documents.  Follow this link for an estimated cost of laying out the building site. 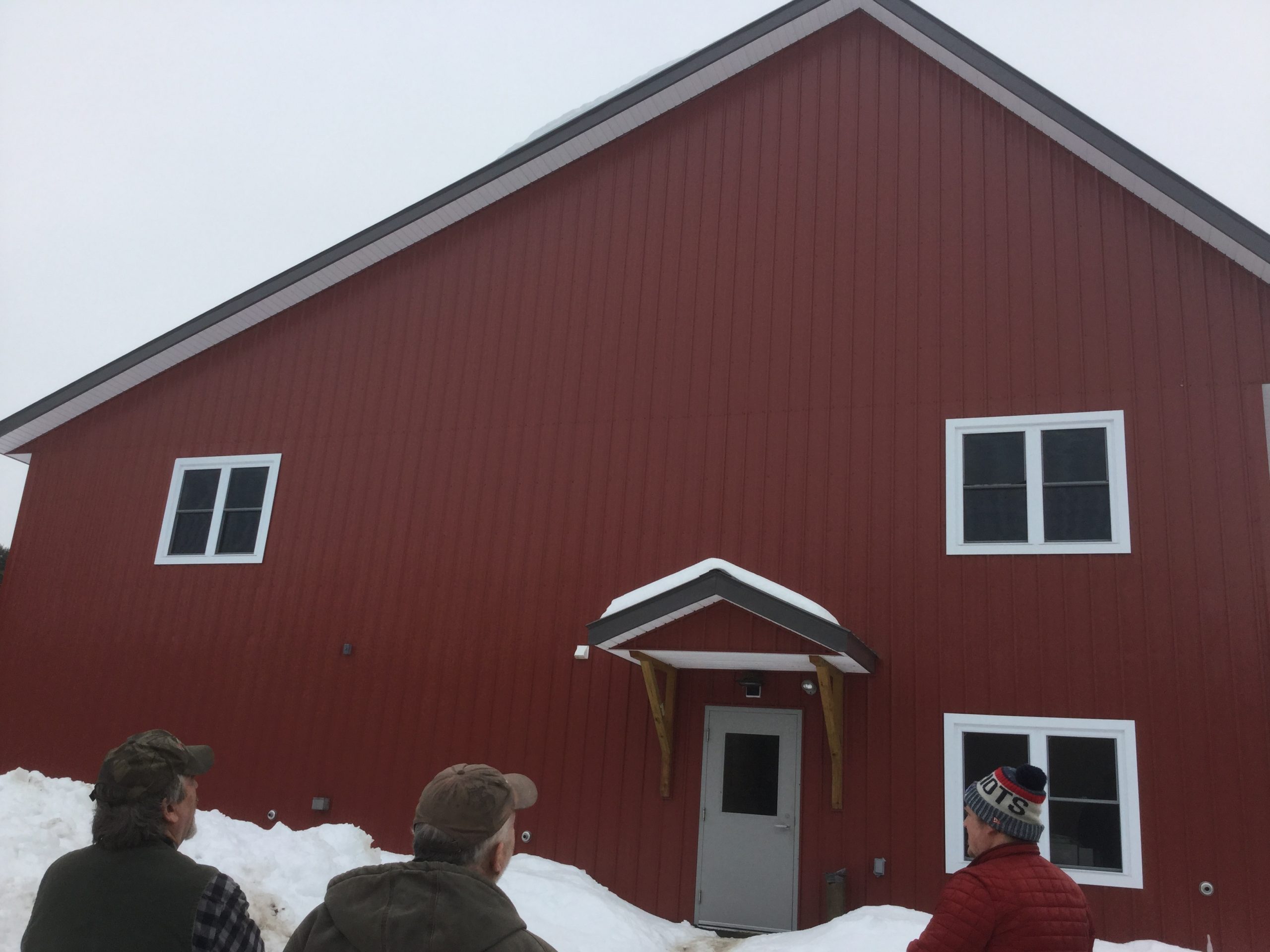 Steve Pitkin was retained by the Vershire Selectboard to create a professional estimate for building the new town garage as per the drawings developed by Coe and Coe.  Follow the link to view these documents. 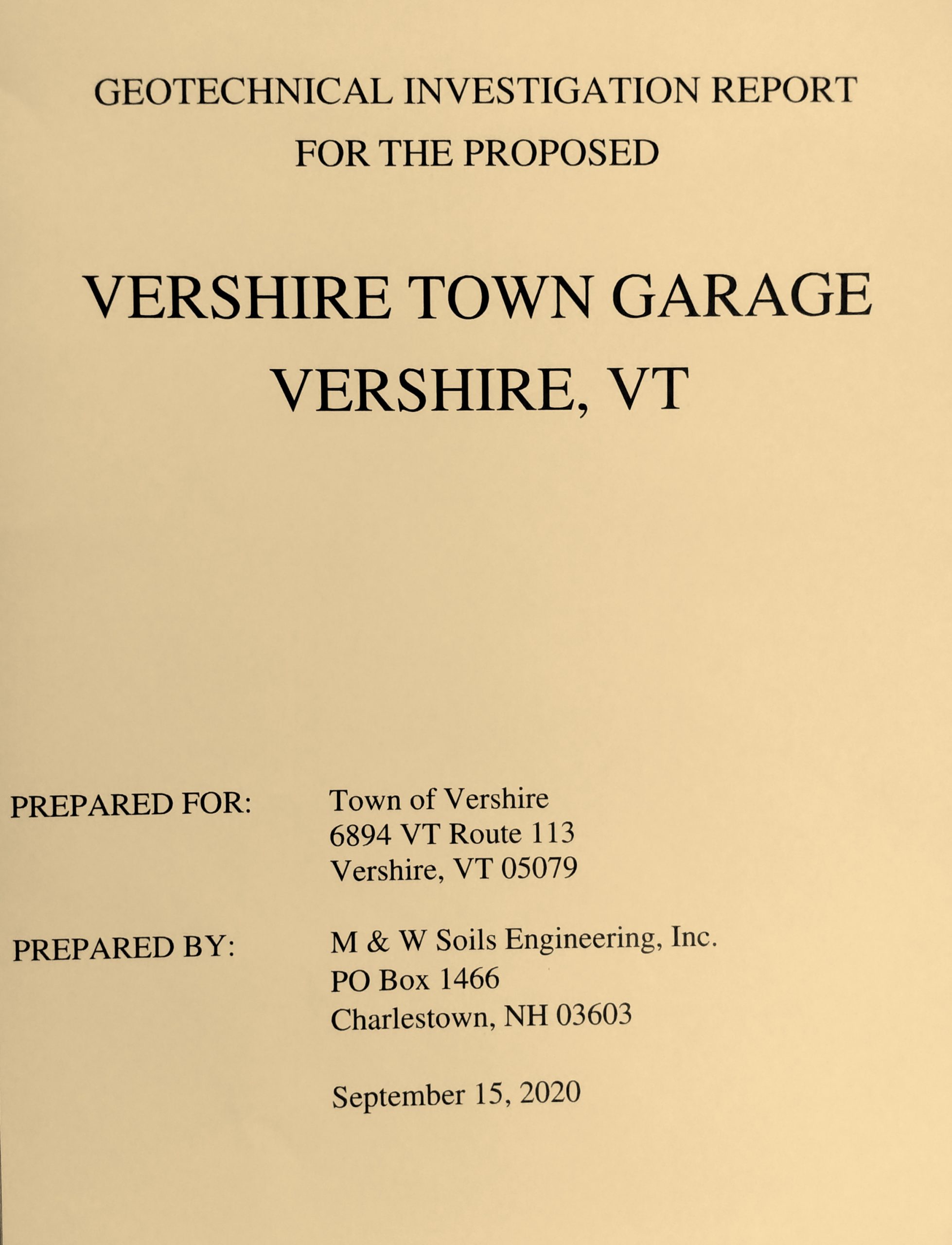 A Geotechnical Investigation was required to show that soils on the site could support a garage building. Here is the one done for Vershire by M&W Soils in 2020. Follow the link to view these documents. 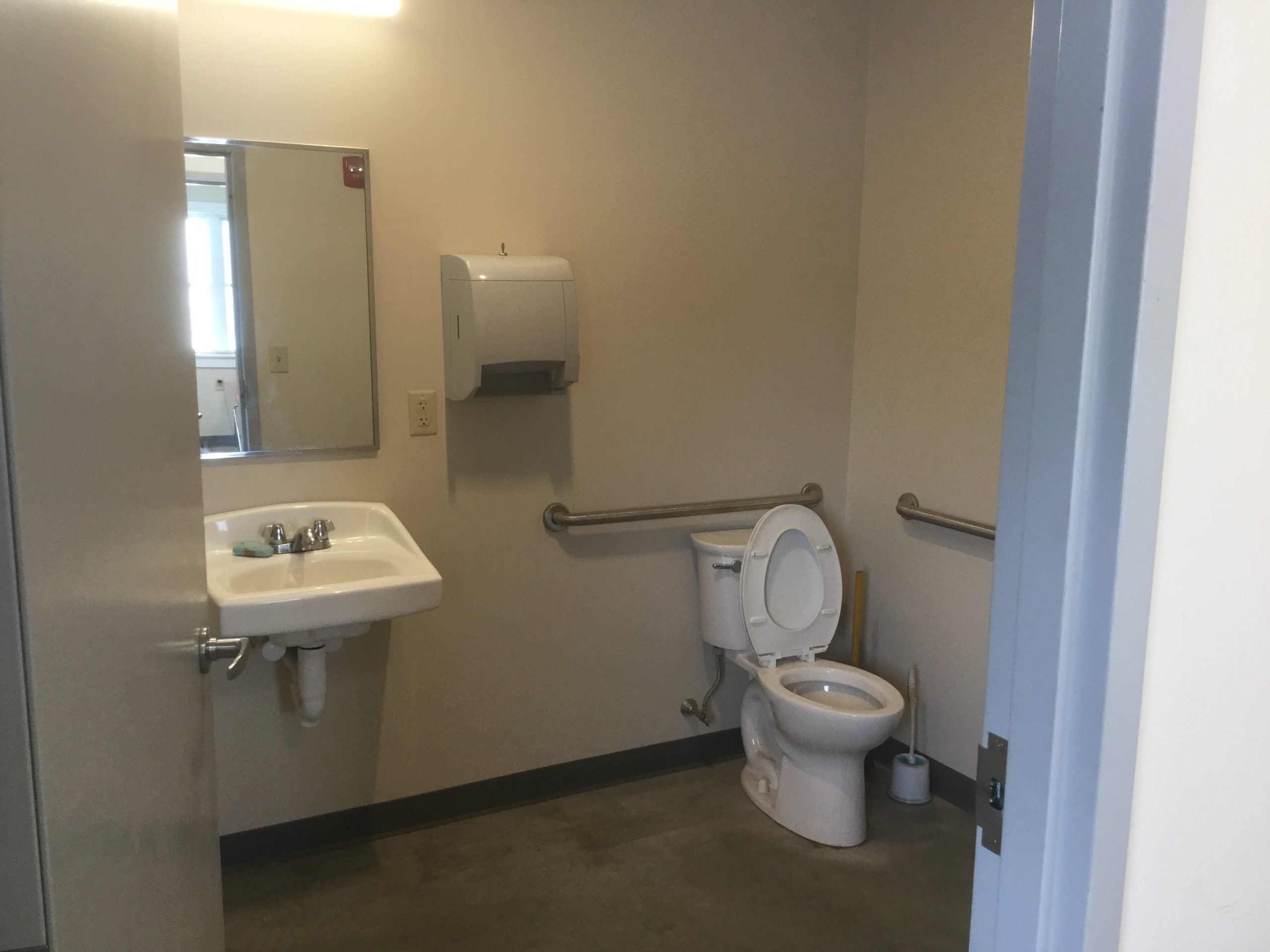 Our wastewater permit was issued to the town on April 1, 2021.  Follow the link to view this document.

Below are a number of photographs taken from a visit by members of the Vershire Garage Committee to the Glover Town Garage in 2019.  The  building has a saltbox roof design with 4 bays, an office space, bathroom, mezzanine storage.  Vershire’s garage would be very much like this one except for some minor differences. 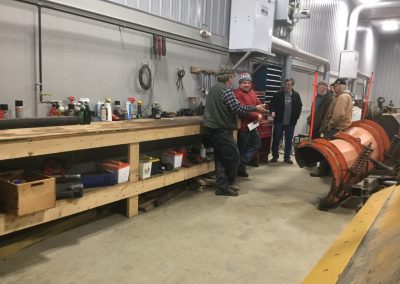 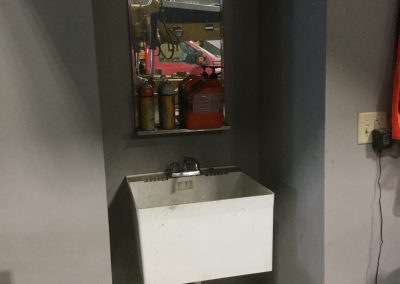 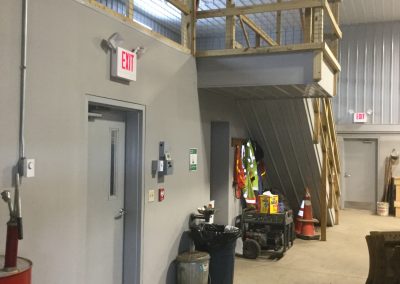 View from doors to Mezzanine Storage 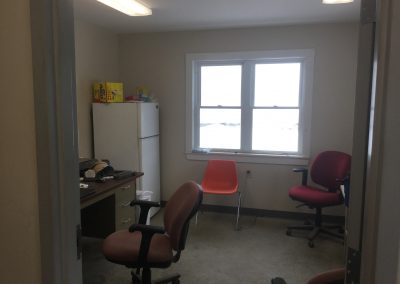 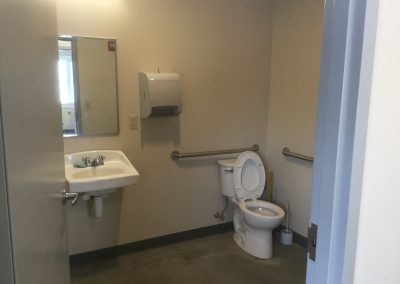 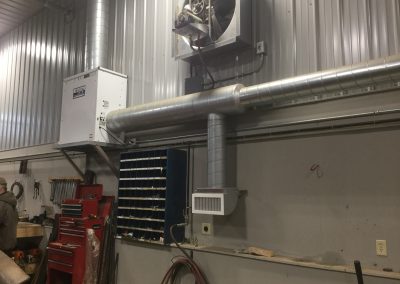 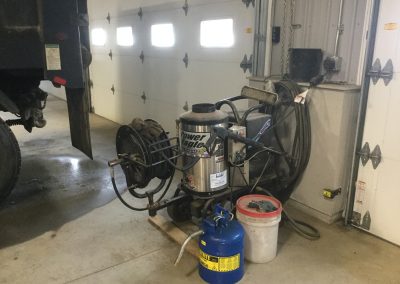 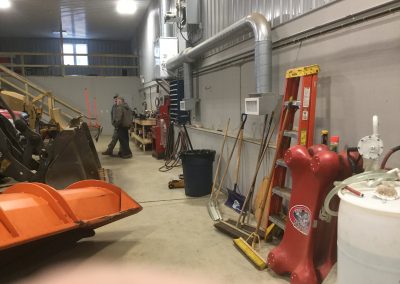 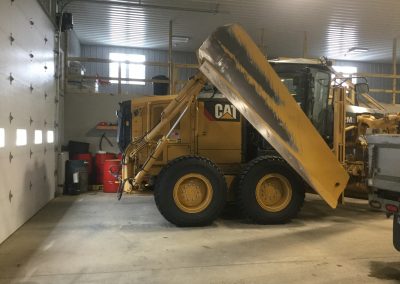 Inside View to Mezzanine 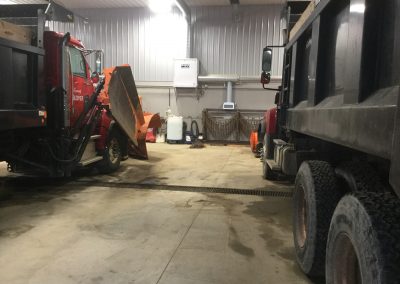 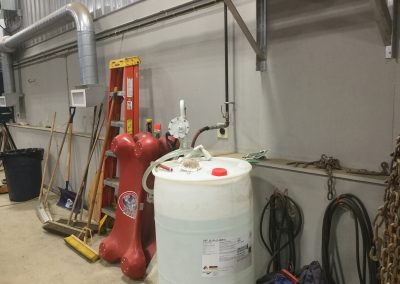 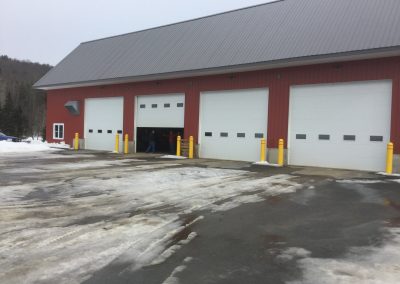 View from the Outside 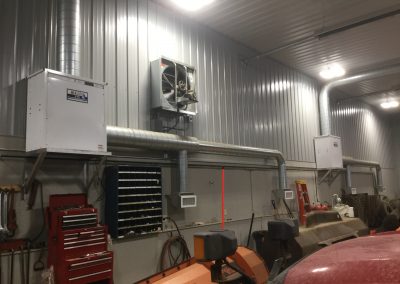 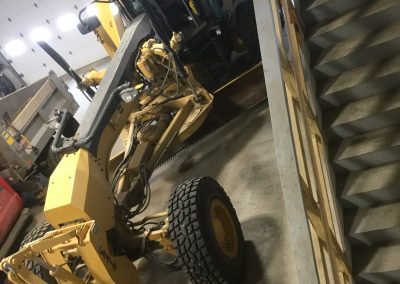 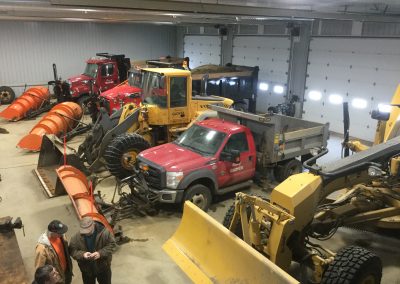 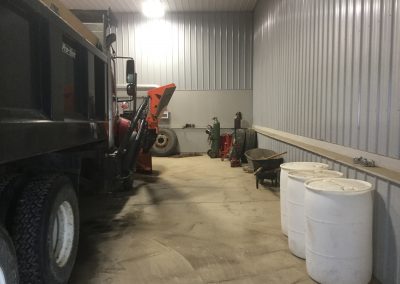 Equipment Clearance for the Right Wall

Equipment Clearance for the Right Wall